To share your memory on the wall of Carol Dutcher, sign in using one of the following options:

Print
Carol A. Dutcher, 72, of Glenville passed away on Thursday February 7, 2019 at Ellis Hospital surrounded by her loving family. Born in Summit, NJ, she was the daughter of the late Harold Garry and Virginia Dietz.

Before becoming a home... Read More
Carol A. Dutcher, 72, of Glenville passed away on Thursday February 7, 2019 at Ellis Hospital surrounded by her loving family. Born in Summit, NJ, she was the daughter of the late Harold Garry and Virginia Dietz.

Before becoming a home maker, she was employed as a secretary for the McCormack-Mayflower Moving Company.

She was a loving wife, mother, sister and grandmother. Family was very important and was considered the best sister ever. Her title was the “Sweet One” in her family! Carol was voted Times Union’s Mother of the Year in 2015. She was also a foster mother for many children.

Carol was very passionate about crafting and shared her talents with family and friends.

She is predeceased by her husband Claude A. Dutcher whom she married June 17, 1967.

Funeral Services for Carol will be Wednesday February 13, 2019 at 10AM at the Church of Jesus Christ of Latter-Day Saints 52 Blue Barns Road Rexford, NY. Visitation will be Tuesday evening at the Bond Funeral Home 1614 Guilderland Avenue Schenectady from 5-7PM.

Internment will be in the Gerald B.H. Solomon Saratoga National Cemetery in Schuylerville.

Contributions can be made in Carol’s memory to the Center for the Disabled 314 S. Manning Blvd Albany, NY 12208 or to the Parsons Child and Family Center 60 Academy Road Albany, NY 12208.
Read Less

Receive notifications about information and event scheduling for Carol

We encourage you to share your most beloved memories of Carol here, so that the family and other loved ones can always see it. You can upload cherished photographs, or share your favorite stories, and can even comment on those shared by others.

Jim and Mary Bryant, Ginny Garry, and other have sent flowers to the family of Carol A. Dutcher (Garry).
Show you care by sending flowers

Posted Mar 06, 2019 at 11:26am
I’m sorry for your loss, it can be hard to lose someone close to you. I wanted to share a hope with you for the future from the Bible. It is at Revelation 21:4, which gives us reassurance that God will one day take away sickness, disease-caused pain and tears of sorrow. We will all one day live in peace. If you would like to learn more or have any questions, please go to the official website JW.ORG.
Comment Share
Share via:
JB

Posted Feb 12, 2019 at 03:03pm
Dear Dutchers, so sorry for your loss. We'll miss your mother's smile. She was always cheerful even in adversity. Much love to you.

From your co-workers at TEAM HOWARD

Posted Feb 11, 2019 at 12:50pm
To Craig Dutcher: Please accept our most heartfelt sympathies for your loss... Our thoughts are with you and your family during this difficult time.

From your co-workers at TEAM HOWARD purchased the Peaceful White Lilies Basket for the family of Carol Dutcher. Send Flowers 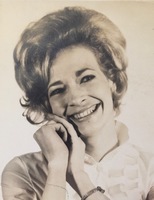