To share your memory on the wall of Clara Cromer, sign in using one of the following options:

Provide comfort for the family of Clara Cromer with a meaningful gesture of sympathy.

Print
Clara Bussman Cromer, 96, of Kingsway Village passed away on January 19, 2019, at Ellis Hospital after a brief illness.

Clara was born October 11, 1922, in Troy, New York to the late Louise and Lawrence Bussman.

She gradua... Read More
Clara Bussman Cromer, 96, of Kingsway Village passed away on January 19, 2019, at Ellis Hospital after a brief illness.

Clara was born October 11, 1922, in Troy, New York to the late Louise and Lawrence Bussman.

She graduated from Draper High School. She worked at General Electric and later for the Carl Company. Clara was a member of Trinity Reformed Church. She was an active member of the Ladies of the Rotterdam Elks (L.O.R.E.) for over fifty years, where she was past-president and led numerous committees. In 2006, Clara was awarded the L.O.R.E. Service Award.

Clara enjoyed knitting, crocheting, doing counted cross stitch, working on puzzles, playing Wii bowling, and enjoying meals with her friends at Kingsway Village. Clara enjoyed spending time with her great grandchildren, especially feeding the ducks in the pond with the littlest ones. Clara always had a story to tell and an infectious laugh.

She was preceded in death by her husband, James Cromer, to whom she was married for 51 years; sister, Louise Reitz; and her brother, Robert Bussman.

The family would like to extend their sincere thanks to Clara’s many friends and the staff at Kingsway Village where she enjoyed living the last few years.

The family will receive guests on Saturday, January 26th at 11am with a service at 1pm at Bond Funeral Home, 1614 Guilderland Ave, Schenectady.

We encourage you to share your most beloved memories of Clara here, so that the family and other loved ones can always see it. You can upload cherished photographs, or share your favorite stories, and can even comment on those shared by others.

John and Jeanne Beauchesne and Marc and Linda D'Arcangelis and Family have sent flowers to the family of Clara A. Cromer (Bussman).
Show you care by sending flowers

Posted Mar 06, 2019 at 11:41am
I’m sorry for your loss, it can be hard to lose someone close to you. I wanted to share a hope with you for the future from the Bible. It is at Revelation 21:4, which gives us reassurance that God will one day take away sickness, disease-caused pain and tears of sorrow. We will all one day live in peace. If you would like to learn more or have any questions, please go to the official website JW.ORG.
Comment Share
Share via:
JB

Posted Jan 27, 2019 at 08:50pm
With loving memories of "Clara Cromer", Our thoughts and prayers are with you and your family.

Posted Jan 23, 2019 at 07:28am
I wish I had the words to say right now,but the words I can come up with is that Claira was just an amazing woman,she literally blew me away with her spunk and her thrive for life, never sick and never ever one to complain. I was so privledged to do Clara’s hair for the past 8 years and not only did we share amazing stories we shared laughter and even tears. She loved Soffia and I know Soffia will miss her Friday belly rubs! I can only say that every once in a while we come across people that leave a special memory in their hearts and Clara defiantly has done that for me-
Please know that you are all in my thoughts and prayers and please know how much she will be missed...Rest in peace sweet Clara, fly high with the angels ❤️
Comment Share
Share via:
MF

Marc and Linda D'Arcangelis and Family

Marc and Linda D'Arcangelis and Family purchased flowers for the family of Clara Cromer. Send Flowers 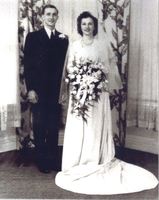 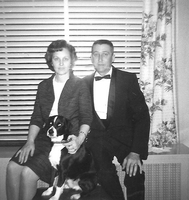 Mom
Mom dancing with David at his wedding to Rose
Jacob showing her how to play games on her IPad
Mom coloring with Miles
Mom and Chase
Mom with Carol, Janet, Melissa, and Jacob
4 generations: Mom, Carol, Rebecca, and Jacob
90th birthday celebration
11
4
+7
Add Photos
Upload up to 10 images at a time, max 8MB each