To share your memory on the wall of Diane Hovey, sign in using one of the following options:

Print
Diane M. Hovey, 64, of Schenectady passed away on Saturday February 16, 2019 at home. Born in Albany, NY, she was the daughter of the late Edward and Anne (Davis) Strycharz.

She was a graduate of Cardinal McCloskey High School in Alba... Read More
Diane M. Hovey, 64, of Schenectady passed away on Saturday February 16, 2019 at home. Born in Albany, NY, she was the daughter of the late Edward and Anne (Davis) Strycharz.

She was a graduate of Cardinal McCloskey High School in Albany. Diane attended Hudson Valley Community College and graduated with an Associate’s Degree in 2004.

Diane had a long-lasting career for 35 years as an accountant with the NYS Higher Education Services Corporation, retiring in 2009.

She enjoyed in her spare time and retirement quilting, gardening and traveling. She especially enjoyed her visits to Cape Cod and Nantucket.

A Celebration of Diane’s life will be Thursday February 21, 2019 at 7PM at the Bond Funeral Home 1614 Guilderland Avenue Schenectady. Visitation will be from 5-7PM prior to the service.

In lieu of flowers, contributions can be made in Diane’s memory to the Animal Protective Foundation 53 Maple Avenue Scotia, NY 12302.
Read Less

Receive notifications about information and event scheduling for Diane

We encourage you to share your most beloved memories of Diane here, so that the family and other loved ones can always see it. You can upload cherished photographs, or share your favorite stories, and can even comment on those shared by others.

Posted Mar 06, 2019 at 11:24am
I’m sorry for your loss, it can be hard to lose someone close to you. I wanted to share a hope with you for the future from the Bible. It is at Revelation 21:4, which gives us reassurance that God will one day take away sickness, disease-caused pain and tears of sorrow. We will all one day live in peace. If you would like to learn more or have any questions, please go to the official website JW.ORG.
Comment Share
Share via:
J

Patty Rourke in the name of Diane Hovey

Shirley Dipietro in the name of Diane Hovey 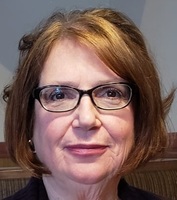