To share your memory on the wall of Edward Pavlic, sign in using one of the following options:

Edward was in the Army in World War II and spent that time in North Africa and Italy. After World War II, he owned the Quaker Inn on Quaker Street, N.Y. for twenty years. After that he worked in construction as an engineer/foreman in quality control in refueling and repair of nuclear power plants.

Edward retired at the age of 60 and lived his winters in Sarasota, FL and his summers in Rotterdam, NY. Predeceased by his wife Mary, he is survived by his son Robert Pavlic, step son Richard (Maureen) Spenello and two grandchildren; Christopher and Matthew Spenello.

A funeral Service for Edward will be held on Saturday May 18th, 2019 at 10AM at the Bond Funeral Home 1614 Guilderland Avenue, Schenectady. Visitation will be held from 9-10Am prior to the service.

Receive notifications about information and event scheduling for Edward

We encourage you to share your most beloved memories of Edward here, so that the family and other loved ones can always see it. You can upload cherished photographs, or share your favorite stories, and can even comment on those shared by others.

Flowers were purchased for the family of Edward Pavlic. Send Flowers

Posted Mar 20, 2019 at 04:14pm
I had the honor on behalf of Cobleskill Lodge No. 394 to pay Mr. Pavlic a visit in Sarasota two winters ago to honor him on attaining 65 years as a Free and Accepted Mason. It was a delight to chat with him about his life and business and to see his enthusiasm still. We at Cobleskill stand ready to assist in performing a Masonic Funeral Observance when the time comes... please accept our condolences upon his passing.
Comment Share
Share via:
DC

Posted Mar 05, 2019 at 02:31pm
I worked with Ed on several occasions back in the 1980s. We even roomed together for a few weeks in Peekskill, NY while working at Indian Point Nuclear Power Station. That was at the former Lindroos Hotel, high on a hill in Peekskill. Sounds nice, but it was a noisy flophouse but cheap, which we both appreciated. We had a lot of laughs about that place.

I first met Ed when he was working in Quality Control during an outage at J.A. Fitzpatrick Nuclear Power Station in Oswego, in 1981. I was with the electricians.

The next time I worked with Ed was at the Gilboa Pumped Storage Power Generating Facility down in Schoharie and/or Delaware Counties. We were both back with the tools -me with the electricians, he with the millwrights. That was from about June 1982.

That job was tough. A lot of heavy lifting was involved for everyone. I was in my early 30s. It had to be more of a challenge for the older guys. I remember a couple of things about the year duration I was there.

In the year's time, everyone on the job got hurt (or so it seemed) and, -a high percentage of us hit a deer on the way to of from work at some time during the year. It was like driving through enemy territory.

The last time we were together was in Peekskill in 1985 where he was again doing QC work and, so was I. At some point during that outage, they needed a foreman to lead a crew of electricians. They asked Ed if he would do it for some reason. It was a little unusual since Ed was a carpenter / millwright.

Also, unusual because the local unions in Westchester Co. were quite rigid in protecting their turf. For them to work for a foreman who was not one of their own local union members was not something they easily accepted.

They would have squirmed if an electrician from some other local (we call them 'travelers') was appointed. They really did not take kindly to a millwright (also a traveler) being tapped to be an electrical foremen.

They viewed Ed with a jaundiced eye from the start and gave him little cooperation.

Anyone who knows Ed would not be surprised to know that by the time they had worked together for awhile, Ed won them over.

I believe Ed turned 62 on that job and retired from there (2nd retirement?). Anyway, the electricians' rank and file threw him a nice retirement party that was well attended by everyone. The electricians presented him with a nice I.B.E.W. jacket from their local union to show their appreciation -that really showed how far they had come from the early 'jaundiced' view they had of him early on.

I saw Ed only twice that I can recall after that. I was a guest at the Rotterdam Elks one night and ran into him. And, again when Mrs. Pavlic passed away.

My condolences and best wishes to Ed's family. He was a really good guy and I always enjoyed joking around with him.

Posted Feb 28, 2019 at 11:06am
My condolences and prayers to the Pavlic family,
It is so sad to loose a loved one, but we can find great comfort in Gods word the Bible. In John 11:11 Jesus tells us that our love ones are sleeping at this time, how comforting to know that they are not suffering. The Bible also gives us the hope of a resurrection (John 5:28-29) It is so nice to know that we will see our dead love ones again right here on the earth. The Bible also brings out the wonderful hope of never having to die (Revelation 21:3-4). If you would like more information you can contact one of Jehovah’s Witnesses in your area, or look at our website JW.org.
I pray these scriptures brings you the comfort you need at this time. 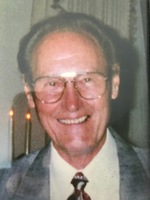