To share your memory on the wall of Eugene Ballmes, sign in using one of the following options:

Provide comfort for the family of Eugene Ballmes with a meaningful gesture of sympathy.

Born in Gloversville, NY, Eugene was the son of the late Francis and Lillian (Avery) Ballmes and a 1955 graduate of Draper High S... Read More
Eugene E. Ballmes Sr., 82, passed away Wednesday afternoon September 25th at Ellis Hospital in Schenectady.

Born in Gloversville, NY, Eugene was the son of the late Francis and Lillian (Avery) Ballmes and a 1955 graduate of Draper High School.

An Army veteran, Eugene worked for the United Parcel Service as a driver for over 32 years prior to his retirement.

Devoted to his family, Eugene loved the ocean and the outdoors. He was and avid hunter and fisherman, owned property in N. Hampton Beach, NH and was a member of the Rotterdam Elks.

Beside his parents, Gene was predeceased in 2007 by his wife of 36 years, Joan (Mozzi) Ballmes and a sister Barbara Baldwin.

A service will be held on Tuesday morning October 1st at 11 am at Bond Funeral Home, Inc., Broadway & Guilderland Avenue, Schenectady, NY. A visitation will be held at the funeral home Monday evening September 30th from 4 to 7 pm. Relatives and friends are invited to attend.

Interment will be held at Most Holy Redeemer Cemetery in Niskayuna, NY.

In Lieu of flowers contributions may be made in Gene’s memory to the American Diabete’s Association, 2 Pine West Plaza, Albany, NY 12205.

To leave a condolence or a message for Eugene’s family please visit www.bondfuneralhome.com.
Read Less

Receive notifications about information and event scheduling for Eugene

We encourage you to share your most beloved memories of Eugene here, so that the family and other loved ones can always see it. You can upload cherished photographs, or share your favorite stories, and can even comment on those shared by others.

Posted Sep 30, 2019 at 12:15pm
Uncle Gene, you are so loved...still and forever...The love that you and Aunt Joanie shared was dynamic :-) and it brings much joy to think of you together again. We so looked forward to your visits to New Jersey and to visiting you in New York. You always brought so many smiles and so much fun (even after you sold your purple car! ). Thank you for being so wonderful. Much love to you and to everyone up there at that magnificent party! Till we meet again XOXO Lynn and family
Comment Share
Share via:
MV

Posted Sep 27, 2019 at 09:35am
Gene, David and Family, my deepest heartfelt condolences on the passing of your dad. Thoughts and prayers are with you all during this difficult time. Beverly Gross (Cooper)
Comment Share
Share via:
DH

Posted Sep 26, 2019 at 01:35pm
I had a lot of respect for him. He was a good family man and had an outrageous sense of humor! Enjoyed being around him when he traveled to Arizona. You won't be forgotten my friend!
Comment Share
Share via: 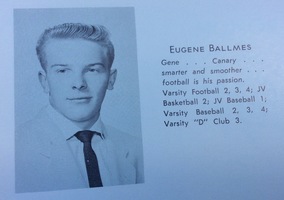 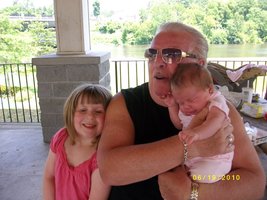