To share your memory on the wall of Irma Peterson, sign in using one of the following options:

Provide comfort for the family of Irma Peterson with a meaningful gesture of sympathy.

Irma was born in Princetown, NY to Walter and Bertha Ferguson on July 10, 1923.

She attended Draper High School and was proud to have serv... Read More
Irma Ferguson Peterson passed peacefully at the Schenectady Center on April 18, 2019.

Irma was born in Princetown, NY to Walter and Bertha Ferguson on July 10, 1923.

She attended Draper High School and was proud to have served in the US Navy (WAVES) during WWII.

For 35 years she worked for Schenectady County and then retired to live in Florida for over 35 years. Irma returned to Schenectady in 2012 and was a resident at the Heritage Home for Women and for the past two years at the Schenectady Center.

Irma is survived by her son, Daniel Peterson and daughter-in-law Dale Peterson of Glenville, her sister Ethel Jean Krajewski of Princetown and many nieces and nephews. Irma was predeceased by her siblings Marguerite Matarazzo, Stanley Ferguson, M. Whitney Ferguson and Charlotte Holub McClaine.

There will be no calling hours.

Donations may be made to the Heritage Home for Women, 1519 Union Street, Schenectady, NY 12309 in her memory
Read Less

We encourage you to share your most beloved memories of Irma here, so that the family and other loved ones can always see it. You can upload cherished photographs, or share your favorite stories, and can even comment on those shared by others.

Posted May 06, 2019 at 05:28pm
We feel so blessed to have known Irma. We met her when our daughter, Angela, was taking piano lessons from her next-door neighbor. We’ve missed Irma since she moved back to New York. We treasure the many happy memories from Angela’s 17th birthday with “Elvis” to seeing the musical “Forever Plaid”. We saw a Red Skelton impersonator and watched Angela’s horseback riding lessons. Irma and Angela shared a love of roses. So, Irma would wrap one of her beautiful homegrown roses in a wet paper towel and aluminum foil for Angela after our visit. She loved God and the USA. We’ll always remember her fun personality, the way she’d laugh with abandon and always said it the way she saw it. She loved her family and was so proud of them. We’re so glad we were able to share life with Irma. She was a very special lady. We send our condolences to the family.
Comment Share
Share via: 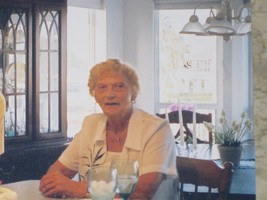 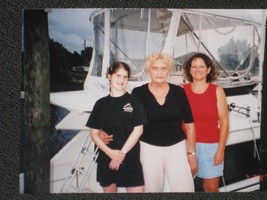 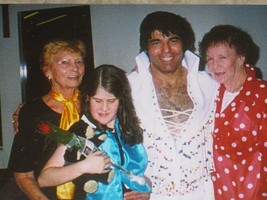 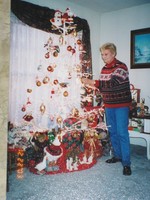