To share your memory on the wall of Janet Sangalli Hardwicke, sign in using one of the following options:

Provide comfort for the family of Janet Sangalli Hardwicke with a meaningful gesture of sympathy.

She was a graduate of Scotia Glenville High School. Janet was employed for many years for Central Supermarkets later becoming the first woman store manager for Price Chopper Supermarkets. .After moving to New Jersey, she was employed as a Casino Supervisor for Resorts International in Atlantic City.

Janet enjoyed traveling and found her way to many different destinations. She was also passionate about her family, friends and her dogs.

She was a loving wife, mother and grandmother.

Funeral Services for Janet will be Tuesday March 26, 2019 at 1PM at the Bond Funeral Home 1614 Guilderland Avenue Schenectady. Visitation will be from 11AM-1PM prior to the service.

Interment will be in Schenectady Memorial Park in Rotterdam.

Contributions can be made in Janet’s memory to the Shriners Children’s Hospital 516 Carew Street Springfield, MA 01104.
Read Less

Receive notifications about information and event scheduling for Janet

We encourage you to share your most beloved memories of Janet here, so that the family and other loved ones can always see it. You can upload cherished photographs, or share your favorite stories, and can even comment on those shared by others.

Gayle Angelo and Ramon and Eleanor Monlea have sent flowers to the family of Janet E. Sangalli Hardwicke.
Show you care by sending flowers

Posted Mar 21, 2019 at 07:03pm
Chris, I am so sad to hear about your mom. We had so many great memories together with our mothers. Your mom had the best laugh and great smile. She definitely lit a room when walking in. I will always cherish those times. You and your family will be in our thoughts and prayers.
Maria Brower
Comment Share
Share via:
RM

Posted Mar 21, 2019 at 01:23pm
May you have joy in the memories of your loved one. (2 Corinthians 1:2-4) The
Bible gives real hope of being reunited again with your loved one. It promises
that your loved one will soon come back to life in the resurrection to a beautiful,
peaceful paradise on the earth. (John 5:28, 29) 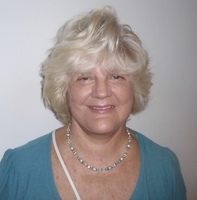