To share your memory on the wall of Mary Hudson - Bevington, sign in using one of the following options:

Provide comfort for the family of Mary Hudson - Bevington with a meaningful gesture of sympathy.

Print
Schenectady NY - Mary Ellen (Hudson) Bevington, 68, died July 12, 2019 at Ellis Memorial Hospital in Schenectady, NY with her husband by her side, after a long illness.

She was born February 28, 1951, in Barre, Vermont, the daughter of ... Read More
Schenectady NY - Mary Ellen (Hudson) Bevington, 68, died July 12, 2019 at Ellis Memorial Hospital in Schenectady, NY with her husband by her side, after a long illness.

She was born February 28, 1951, in Barre, Vermont, the daughter of Russell D. and Alma J. Hudson. She graduated from Marshfield- Plainfield High School in 1969.

Mary met her true-life companion through a singles group at her church and married John Martin Bevington, Ill on February 25, 1996. They enjoyed many years together traveling and weekend getaways at their camp in upstate New York.

Mary spent her working career with State Farm Insurance Company both in Oregon and New York. During her tenure at State Farm she was involved with Toastmasters and always enjoyed giving a good speech. She had a zest for life and was a willing listener and friend to many, always ready to have a good time.

Survivors include her husband, John of Schenectady, three sisters, Sue (Rick) Gordon of Plainfield, Vermont, Sandra Corson and Melanie (Reggie) Scott both of Ajo, Arizona and one brother, Ralph (Pamela) Hudson of Gilmanton Iron Works, New Hampshire and Ajo, AZ, her sister-in-law, Elizabeth Sabens of Hinesburg, Vermont, her former brother-in-law, Maurice Cerutti of Orleans, VT, her brother in law Leslie Bevington (Cindy), her sister in law Kathy Matteo (Ronald) , and her father in law John Bevington (Late Allie) as well as many nephews and nieces.

Mary was predeceased by her infant son from her first marriage, Aaron Bruce Croteau, her parents, Russell and Alma Hudson; her younger brother Richard Russell Hudson, her brother in law Brion Bevington (late Janean) and her brother-in-law, David Corson.

A Celebration of Mary’s life will be at a later date.

Interment will be in Plain-Mont Cemetery in Plainfield, Vermont.

Memorial contributions may be made to the charity of your choice.

Receive notifications about information and event scheduling for Mary

Print
Services will be announced.

We encourage you to share your most beloved memories of Mary here, so that the family and other loved ones can always see it. You can upload cherished photographs, or share your favorite stories, and can even comment on those shared by others.

Posted Jul 15, 2019 at 02:42pm
John, Les and I are so sorry for your loss.. You gave Mary a great life, and always did whatever she needed.. If there is anything we can do just ask.. Love Les and Cindy
Comment Share
Share via:
MS

Posted Jul 15, 2019 at 12:34pm
John Martin and all our family. We are so sorry to hear of Mary's passing and our thoughts and prayers are with all of you. I remember your wedding and what a wonderful day that was. Love to all of you, especially John Martin. Love Sam & Maryellen
Comment Share
Share via: 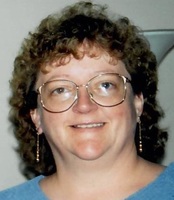 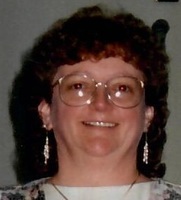 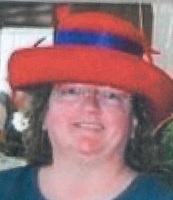