To share your memory on the wall of Michele DeLorenzo, sign in using one of the following options:

Provide comfort for the family of Michele DeLorenzo with a meaningful gesture of sympathy.

Born and educated in Schenectady, Michele was the daughter of Mary Lee (Curcio) Countermine of Rotterdam and the lat... Read More
Michele D. (Countermine) DeLorenzo, 42, passed away Tuesday evening September 17th at her home surrounded by her family.

Born and educated in Schenectady, Michele was the daughter of Mary Lee (Curcio) Countermine of Rotterdam and the late William A. Countermine. A 1995 graduate of Schalmont High School, Michele received her bachelor’s degree from SUNY Albany and her master’s degree from Empire State College.

A math teacher for over 10 years Michele taught at Schalmont Middle School in Rotterdam prior to her teaching at Canajoharie Middle School for the last 4 years.

A celebration of Michele’s life will be held on Sunday September 22nd from 4 to 7 pm at Bond Funeral Home, Broadway & Guilderland Avenue, Schenectady, NY. Relatives and her friends are invited to attend.

A Mass of Christian Burial will be celebrated privately at the convenience of her family.

Receive notifications about information and event scheduling for Michele

Print
Mass of Christian Burial will be held privately.

We encourage you to share your most beloved memories of Michele here, so that the family and other loved ones can always see it. You can upload cherished photographs, or share your favorite stories, and can even comment on those shared by others.

Posted Sep 20, 2019 at 08:31pm
Michele you were the best kind of friend, team meetings are not the same without you there, I miss your smile, I miss the love you showed when sharing stories about your boys, and I miss all of the little jokes we shared throughout the day. I know you kept your fight private but the strength, perseverance and grit you showed throughout it all will forever inspire me! I never met anyone like you before and believe me you will never be forgotten!!
Love your classroom neighbor Terri S.
Comment Share
Share via:
KF

Posted Sep 19, 2019 at 09:33pm
We send our deepest condolences to your family during this difficult time. We will always remember Michele's joy, compassion, laughter, love for her students and family. May you find comfort in your memories.
Chris, Kathy, Angelo, and Ava Fatta
Comment Share
Share via:
E 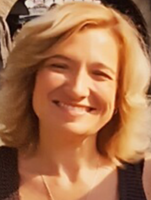 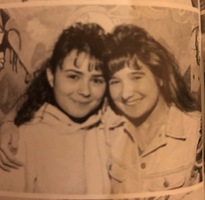 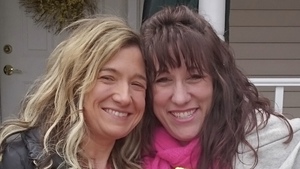