To share your memory on the wall of Nicklas DeLella , sign in using one of the following options:

Print
Nicklas P. DeLella,100, passed away peacefully at home on Tuesday evening March 5th with his family by his side.

Born and educated in Schenectady, Nicklas was the son of the late Vincent and Mary (Ciaella) DeLella and a graduate of Mont ... Read More
Nicklas P. DeLella,100, passed away peacefully at home on Tuesday evening March 5th with his family by his side.

Born and educated in Schenectady, Nicklas was the son of the late Vincent and Mary (Ciaella) DeLella and a graduate of Mont Pleasant High School.

A World War II Army veteran serving with the 89th Cavalry Reconnaissance Squadron, Nicklas was a programmer for over 30 years for the General Electric Company in Schenectady and had also worked for the A.L.C.O. A member of G.E. Quarter Century Club, he was an avid golfer and fisherman. Nick was a horse racing fan, enjoyed his visits to the casinos and doing crossword and jigsaw puzzles.

Predeceased in 1972 by his beloved wife Gertrude (Kubina) DeLella. Nicklas was also predeceased by his 2 son’s, Gregory A. DeLella in 1953 and Nicklas V. DeLella in 2014.

Nicklas is survived by his daughter, Rae Marie DeLella and her husband Michael Cydylo of Saratoga Springs, Michaels children; Michael Cydylo Jr. (Cortney)of Rotterdam and Jessica Bartlett (Jay) of London Ontario, Canada and his great granddaughter; Harlei Cydylo as well as many nieces and nephews.

Funeral services will be private at the convenience of Nicklas family.


Nicklas family would like to give a special thank you to the doctors and nurses at Saratoga Hospital, Dr. John Pezzulo, the staff of Community Hospice of Saratoga and to the Malta Ridge Ambulance Service for their care and kindness over the years.

In lieu of flowers contributions may be made in Mr. DeLella's memory to the Animal Protective Foundation, 53 Maple Avenue, Scotia, NY 12302
Read Less

Receive notifications about information and event scheduling for Nicklas

We encourage you to share your most beloved memories of Nicklas here, so that the family and other loved ones can always see it. You can upload cherished photographs, or share your favorite stories, and can even comment on those shared by others.

Posted Mar 12, 2019 at 03:54pm
Dear Rae Marie & Family,
Mark Bowers here. My condolences to you all on the passing of your father/grandfather Nicklas. I remember meeting him once when he drove us home from a party that you hosted at your Sacandaga camp. I remember your dad being on the quiet side, but your mom was not. She was outspoken and a "hoot."
We lost my mom little more than two years ago, so I'm confident in saying that I feel your pain. You must have taken extraordinary care of him for him to have made it to 100, a feat accomplished by very few men.
Take comfort in knowing that you got to enjoy him for much longer than most. Consequently you'll have that many more memories that will come back to you over time.
Best regards,
Mark Bowers
Comment Share
Share via:
TG

Posted Mar 12, 2019 at 10:21am
I met Nick at the Saratoga Golf Course sometime in the early nineties. As singles we were paired up with other singles. Since we liked to play on Tuesdays and Thursdays, we gradually formed a foursome consisting of Nick, Dick Miller and Nick Guariello,and myself. So it was Nick, Nick, Dick, and Tom. We were not great golfers, but we had fun. We walked the course. We were a fast foursome, and were always first ones at the course , and first to tee off. We had the reputation of being a fast foursome and never held up any one in back of us, whether they were walkers or riders. Soon we were called to the tee over the PA system as"ROAD RUNNERS ON TEE". We enjoyed our reputation. We played together for many years until the years caught up with us. I was the youngest of the group and one day found myself having to keep track of four balls instead of one, my own. Both Dick Miller and Nick Guariello had vision problems and could no longer see where their shots went. Nick DeLella could still see the ball, but he would forget where he hit it. That put the burden on me to watch and remember where all the shots went. After many years we gradually all faded away from golf. It was a grand time in my life, and some time after the foursome stopped playing , I played once more at Saratoga. I found that the ROAD RUNNERS were still remembered. Nick and I had the same birthday, and he or his daughter Ray Marie always called to wish me a happy birthday. It was a long and enjoyable relationship.
May Nick rest in peace.
Tom Glasser
Comment Share
Share via: 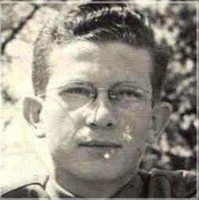